Day 5
While we didn’t have the epic tailwind we had yesterday – in fact, we had very little tailwind today – somehow the pace stayed high. We started the day with some rollers (I use the term “rollers” lightly, in BC rollers consist of climbing 50-100m of elevation at 5-6% then bombing down the other side) alongside Shuswap Lake to bring us into Salmo in Arm.

After the obligatory Tim’s stop, and a stranger complimenting us on our hustle, we set our sights on Sicamous, an hour down the road. Had we stuck to the schedule yesterday, Sicamous would’ve been our end destination, but instead it was our lunch stop. We stopped at a pub that was playing exclusively Canadian rock/indie rock and was a big fan of Shea Weber (turns out he’s from Sicamous).

Still feeling decent in Sicamous, we figured we could make it to Revelstoke, another two and a half hours down the road. While the scenery was beautiful as it transitioned back to the more picturesque BC scenery, the brief glimpses through the trees and the traffic on the Trans Canada kept me from taking many pictures. The views outside of and coming into Revelstoke were something to behold though.

After dinner, we used the time we saved by crushing it again to go for an easy roll through Revelstoke’s Centennial Park and revel in the glory of the mountains.

Despite the rolling hills, we still covered 155km in a little over 5 hours at an average of 30.5kph. Tomorrow will definitely be slower though as we take on our second mountain pass, Roger’s Pass, before heading for Golden.Day 6I’m not sure if it’s the camping or we’re not used to the time change, but we both woke up at 4:30am today. After managing to squeeze out a couple more hours of sleep, we packed up, got our Revelstoke stickers for our collections (they have great stickers, by the way) and hit the road. Roger’s Pass was a different beast from the Coquihalla, taking about 70km to rise from 410m elevation in Revelstoke to 1330m at the summit (total ascent of 1100m). We knew we had to reach Golden today since there wasn’t going to be much else in between. 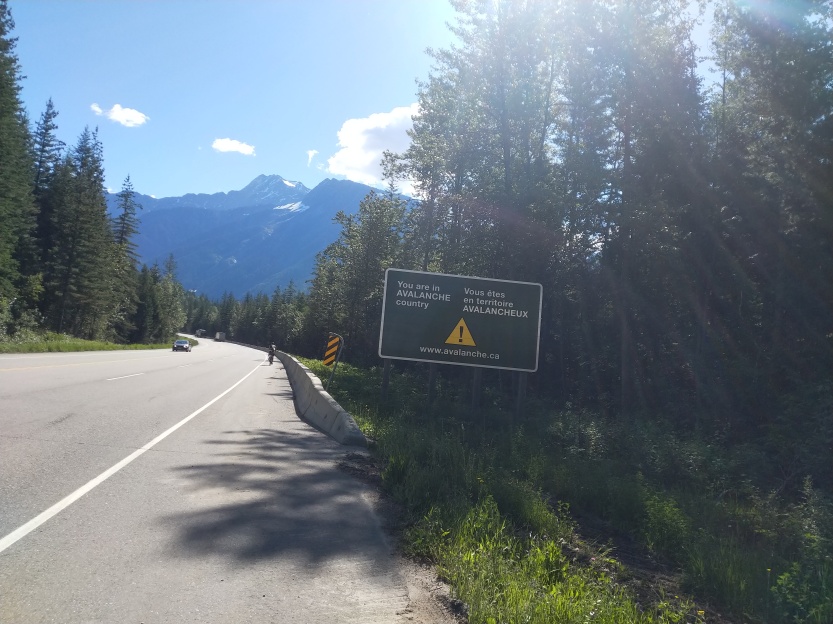 Luckily, the avalanche sheds on the Revelstoke side of the pass are on flat ground, so you can either get through it quickly or go around. Construction on one of them did make for a rather harrowing few minutes.

We reached the summit in a little over 2.5 hours, which was, again, quicker than we expected. The weather wasn’t scorching hot up here so we hung out for a while and enjoyed the views (and had a mini photo shoot) 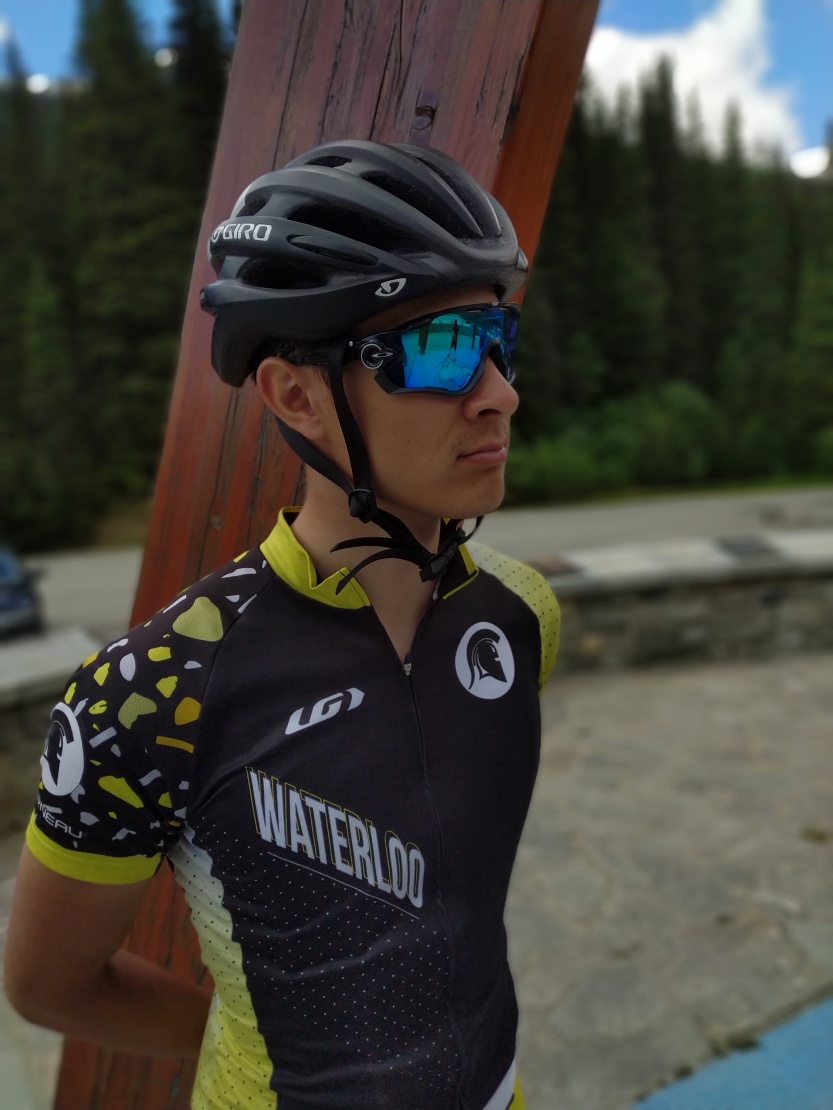 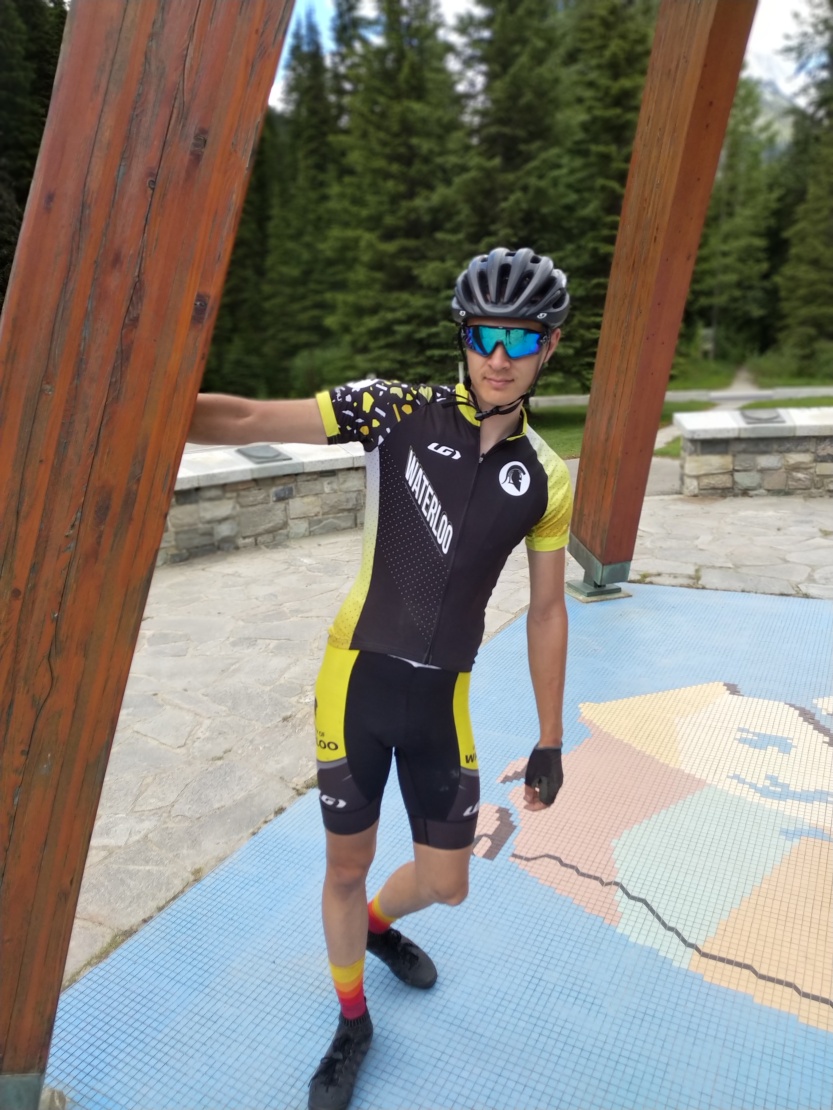 The descent was a fast one, flying through the avalanche sheds.

After one more big roller (we’re talking 250m tall roller – that probably counts as a hill), we hit the last descent before turning into a lovely tailwind that carried us all the way through some epic views to Golden. 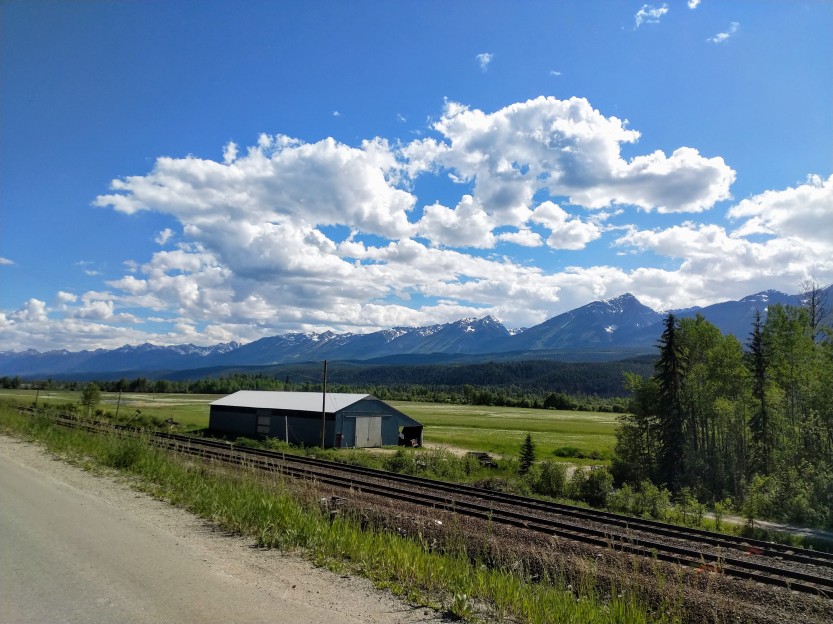 We snagged ourselves a beautiful spot to camp next to the Kicking Horse River, which, being a mountain river, was expectedly near freezing. The time change also came as a bit of a surprise since we were expecting it at the Alberta border. Having clear sunny skies until 10pm is pretty crazy. 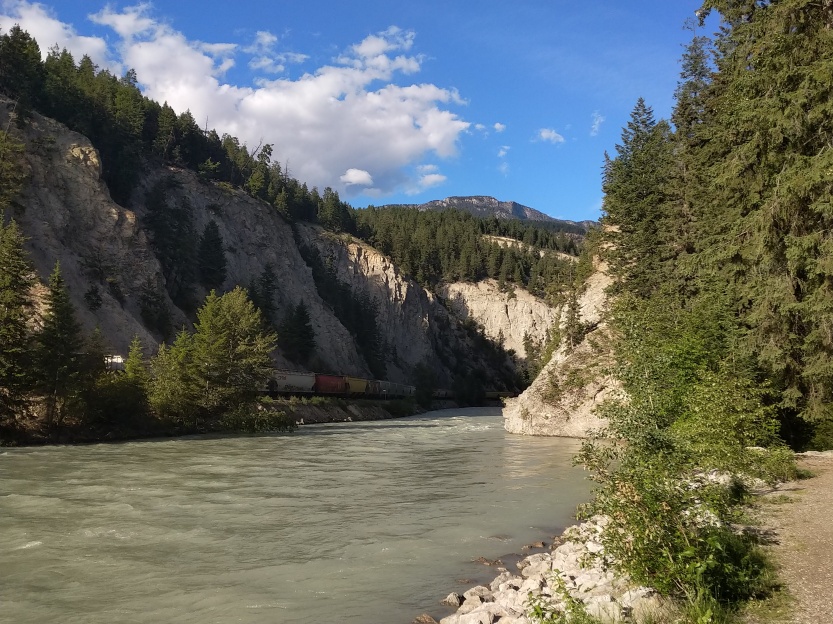 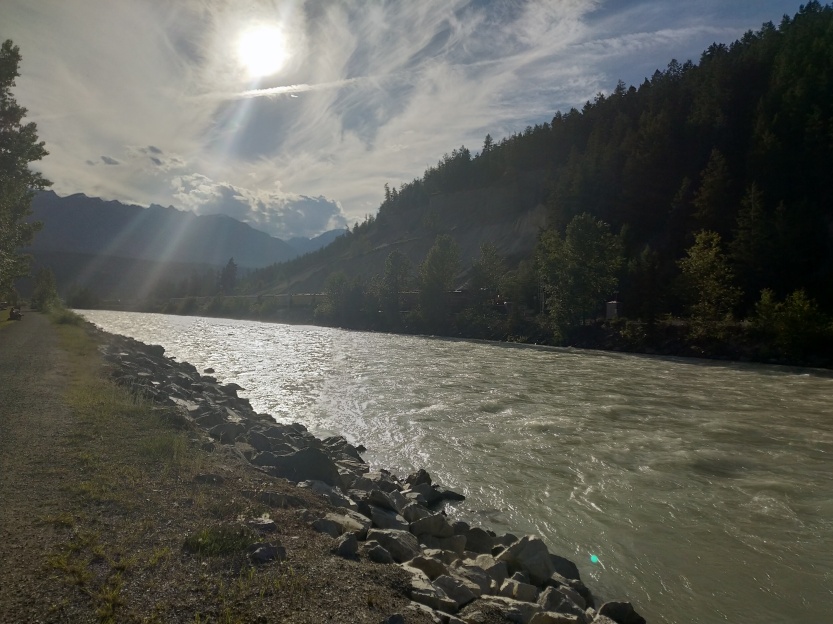 Tomorrow we tackle our final mountain pass, the Kicking Horse Pass, which will bring us to our peak elevation of the trip at over 1600m!Cheers and Ride On!-Evan