Happy 🇺🇲 Day! It’ll be the first time either Oliver or I have been in the US for Independence Day. We were planning on a late start this morning since rain was still on the forecast for the morning. A quick weather check showed it had actually cleared and now there would be thunderstorms in the early afternoon. We rushed to get ready and on the road, managing bed to the pavement in an hour.

The “excitement” for the day started early as a train began to pass us shortly out of International Falls. With the wind at our backs, we were going just barely slower than the train. It slowly overtook us for 20min until our paths diverged. When we stopped for a break some 60km down the road near where the railroad met the road, the train caught up to us again. The conductor was honking very enthusiastically at us so we assume it was the same train. Like I said, it was clearly an exciting morning.

We got a bit carried away chasing the train so the next 50km felt like a bit of a slog as the legs were burning. We stopped for lunch in Cook around 1pm which was intended to be our end goal since the storm was supposed to hit soon. The storm got pushed out a few more hours so, after stealing some free WiFi from McDonald’s, we set off for Virginia. I convinced Oliver to dial back the pace a bit (especially since the train was gone).

When we got to Virginia we checked into a motel (not a great idea to be travelling on the Independence Day weekend, so much more expensive) and headed straight for the pool and hot tub. The rest of the afternoon and evening was spent lying around taking full advantage of our overpriced motel room. I was barely awake by dusk, but managed to see some fireworks from our third floor room, though my phone camera was atrocious at taking pictures of them.

Tomorrow we head for Duluth, potentially for a rest day the following day – TBD.

We took full advantage of our motel by eating a lot of pancakes and checking out as late as possible. It was delightful. When we finally left, it was to clear sunny skies and a nice tailwind. The intended destination was Duluth but, if you haven’t realized by now, we’re not great at sticking to the schedule.

Most of the way to Duluth was passed uneventfully. It was getting quite hot, with the Garmin topping out at 37C when we weren’t moving but we were both feeling surprisingly good. The rest of the way was passed with us trying to sort out pacing. Oliver was getting bored riding at our usual pace, but I didn’t want to ride any faster. Before we had time to figure out a solution to this, we were bombing down the escarpment into Duluth. 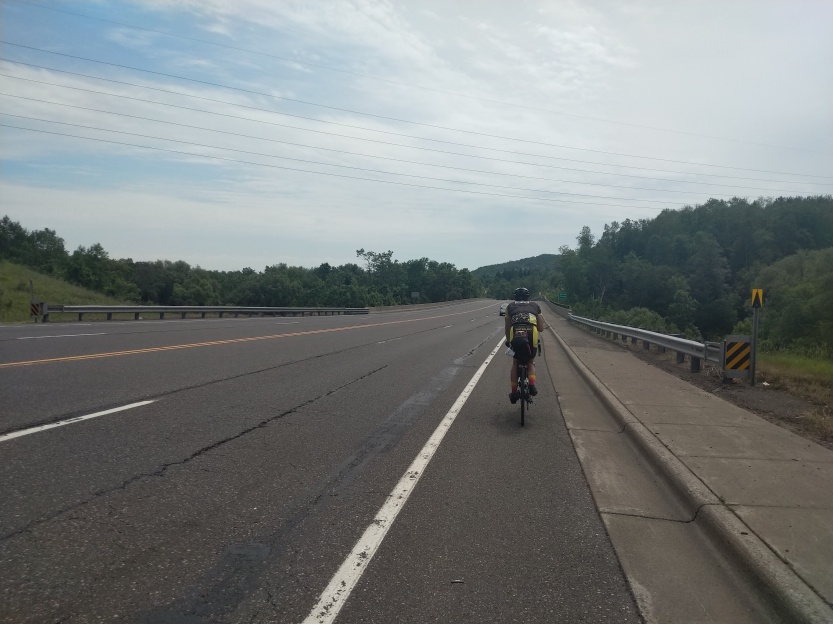 The views descending into Duluth were great, but, frankly, a lot of the city looked pretty dingy. We stopped for lunch at a very highly reviewed smokehouse with a great patio. The town may have looked pretty rough but the people were very nice!

After seeing the wind for tomorrow didn’t look great, we decided we’d push on to the Brule State Forest tonight so that tomorrow could be a short day. First, though, we went to see the city. We only got slightly lost on the bike paths before we found our way to the Canal Park, which has some great views of Lake Superior. 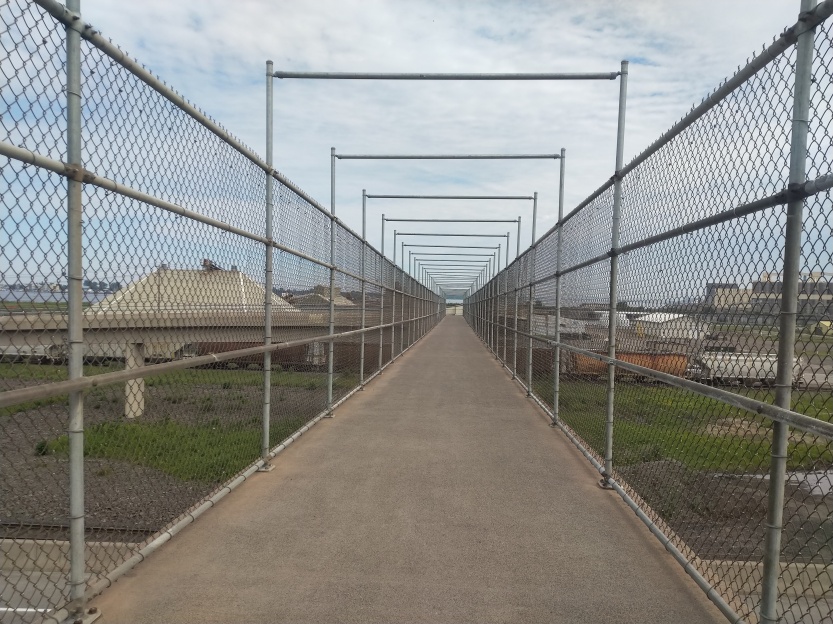 We then worked our way through the city to a bridge we could ride over to cross into Wisconsin. By this point, the sky had clouded over and the humidity was so high it was questionable whether it was raining or the air was just maximally saturated. Unfortunately there was no Wisconsin sign on the road we took into Superior. 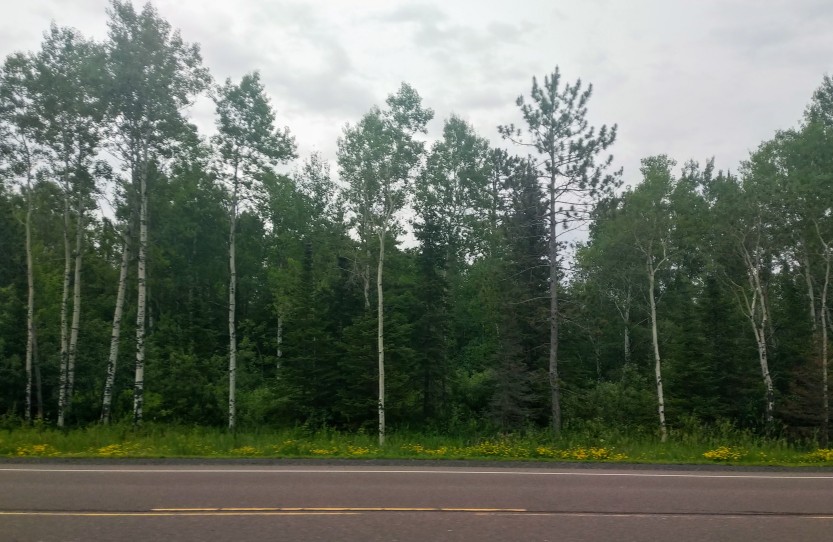 Another 45km down the road and we found ourselves in Brule just before 7pm. For being such a small town (it’s not even incorporated) the restaurant we found was clearly the place to be. This place was absolutely packed with all sorts of people, but we had no idea where everyone was coming from.

After dinner we made a dessert stop at a gas station and as we were packing away our goodies, a couple of guys came to talk to us. We chatted with these guys about our trip, cycling, and Lance Armstrong. The one guy was pretty in awe at what we were doing. It wasn’t until 10min after talking to these guys did they tell us they are retired NFL players! Turns out we’d been chatting with Robert Griffith of Minnesota Vikings fame (who’s also an avid cyclist now!) and one of the guys they were travelling with was Jim McMahon (who won two SuperBowls with Chicago). We got our picture with them (and they got their picture with us 😉) then we set off to camp in the State Forest. The rest of the night was spent in shock that these former professional athletes were in awe of what we were doing!

Tomorrow, while we’re not planning a rest day, should be a short day as we head for Ashland.